16 Dec. 2016
Tina Turner is in London!
This is the message from Tina’s management:
“ITS OFFICIAL: Tina is in London working on the development of her stage musical. Be part of the journey with us. Sign up now!”
You can sign up here.
And this is Tina’s message:
“We have been working on the musical for over a year now and today I am delighted to be able to share our news as we begin the next chapter of our journey. “
And a great photo of Tina Turner: 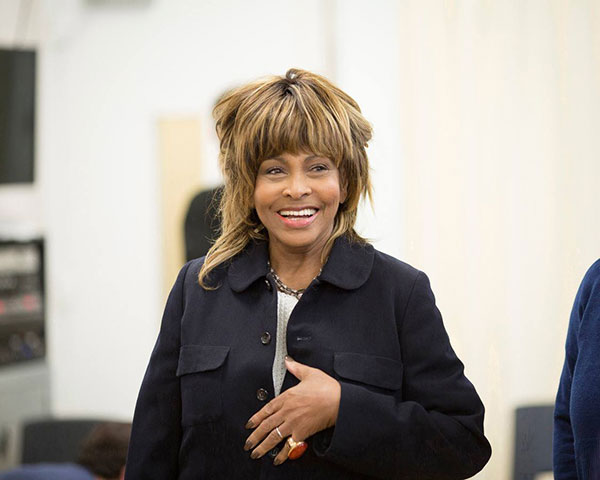 16 Dec. 2016
Today we will get more news from Tina’s management about the upcoming musical.
But here is an article from the Daily Mail about the musical.
It seems that Amercian actress Adrienne Warren will be part of the workshop.
It isn’t said that she will play Tina in the final musical, but I think she looks great. 😀 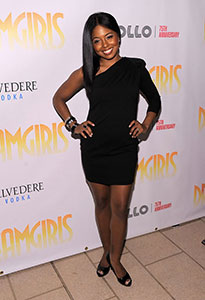 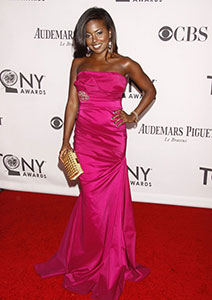 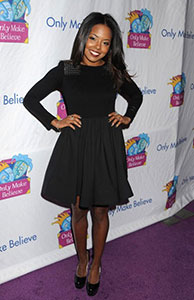 This is what Adrienne wrote on her Twitterpage:
“I put a dream on my vision board a few years ago… never did I think it would come true so literally. Tomorrow is that day.”
Good luck Adrienne!

And here are some videos with Adrienne. What do you think? Can she do it?

Furthermore Tina Turner will be present at the workshop today. We will update with more news as soon as we can!

Here is the entire article:

Simply the best (and worst) of Tina’s torrid life: Musical biography to tell her journey from rags to riches and rock icon status
Tina Turner is helping to develop a musical biography of journey from rags to riches to rags (again) and, finally, to rock icon status.
The show, called TINA, is in its early stages, but Turner will attend a private workshop in London today, where a cast of 14 will work from an initial draft of a book written by playwright Katori Hall, who won an Olivier award for her Martin Luther King drama The Mountaintop.
Director Phyllida Lloyd, who has staged everything from Mamma Mia! to the acclaimed Shakespeare trilogy for the Donmar, has been collaborating with Hall on the project.
Turner commented in an email that it would be ‘an extraordinary experience to see my life retold live’.

In a series of lunches, dinners, and meetings, spread out over 18 months, the singer, born in the one-horse town of Nutbush, recounted details of her hardscrabble upbringing; her marriage to fellow musician Ike Turner; and how she fled from the abuse and beatings he inflicted on her, to fellow Tennessee native Ms Hall and Tali Pelman, the creative director of producers Stage Entertainment.
Pelman stressed that the singer’s well-documented stormy life with Ike ‘isn’t the whole story’.
“After she left Ike, the journey was just beginning. She was largely rejected by the music industry, which had no interest in her,” Pelman said.
There were tough years before she recorded the brilliant comeback album “Private Dancer” which, in 1985, put her on the road to mega stardom. 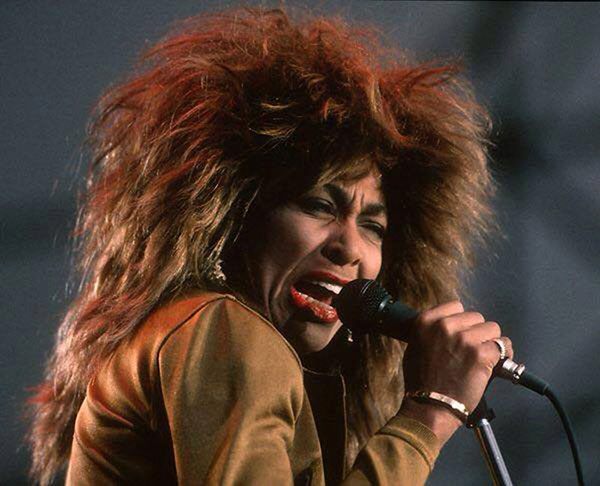 Pelman said their initial approach to Turner led to a relaxed dinner with the star and her husband Erwin Bach at their home in Zurich. Further meetings followed.
“It is an extraordinary story – and Tina’s an extraordinary person,” she said. “Katori went to visit Nutbush and was staggered by the fact that there’s one road. The number of hurdles Tina had to leap over is phenomenal.”
In her message to me, Turner noted that “one of the most surprising and wonderful discoveries for me in this process has been that my songs tell my story”.
Neither Turner nor Pelman would say which of the artist’s songs would be used in TINA, because the show is still a long way off (it may be ready to open in London in 2018), and the task of securing rights could be a long one.
“We’re looking at securing her most beloved songs,” Pelman did say.

The titles alone of some of those numbers give a clue to what was happening behind the scenes: “Fool In Love“, “Proud Mary“, “Nutbush City Limits“, “What’s Love Got To Do With It“, “I Don’t Wanna Fight” and “Simply The Best“. 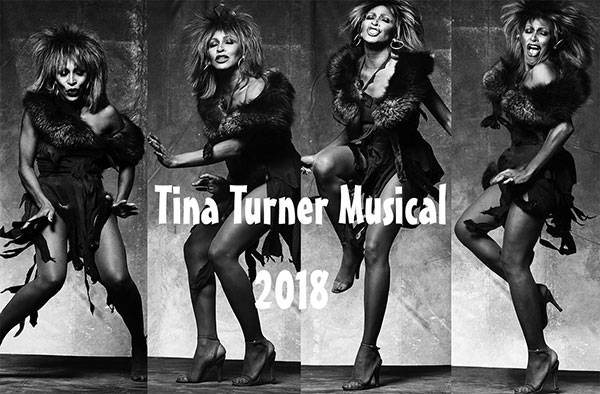 Pelman stressed that TINA would not be a jukebox show. “The best way to describe it is as a bio-musical,”she said.
Nor, she added, will it be a musical version of the 1993 biopic “What’s Love Got To Do With It“.
Although it will differ greatly from what Lloyd did on Mamma Mia!, TINA will share a quality template with the earlier show: producer Judy Cramer’s stroke of genius on that one was hiring Lloyd — and making sure that the frothy fun was underpinned by an ironclad script.
“We want to get the book right first,” Pelman agreed. “We’re trying what we think works best: and that is to go from childhood. It’s a linear story.”
She described Turner as an “extraordinary’ woman and said that even her childhood years, when she was just plain Anna Mae Bullock, are rich and fascinating. She was a country girl, put to work at an early age, who used to watch her father beat her mother. And, as Pelman pointed out, ‘her mother beat him back”.
She said the show would be”‘about a woman letting go”.

“At a certain moment, she decided live the life she wanted to live and to me that is inspiring — and speaks to everyone.”
It’s true that Tina Turner’s life and career have been an inspiration to many, including Beyonce: who has cited how the woman from Nutbush has been a blueprint to study.
Turner, meanwhile, said her visit to London — the city ‘where it all happened for me’ (Private Dancer was produced here) — would be “special”, and that she was “excited to be moving on to the next chapter” of the project, after 18 months’ work.
American actress Adrienne Warren will portray the singer at today’s workshop, although the show has yet to be properly cast (and it doesn’t necessarily follow that she will play her on the London stage).
Lloyd’s creative colleagues on TINA include designer Mark Thompson, choreographer Anthony van Laast and music director Nicholas Skilbeck. 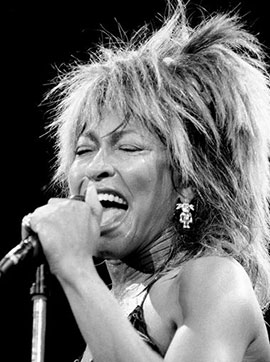 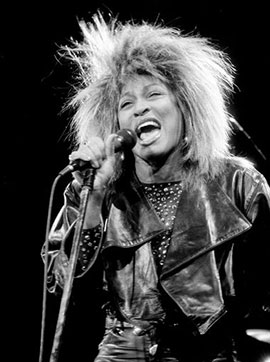 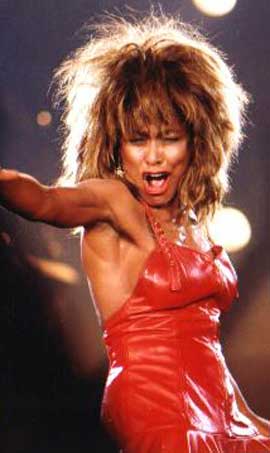 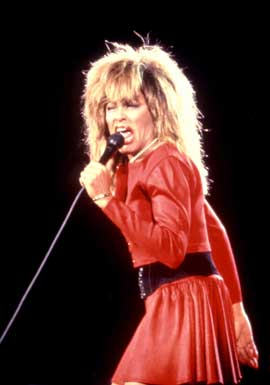 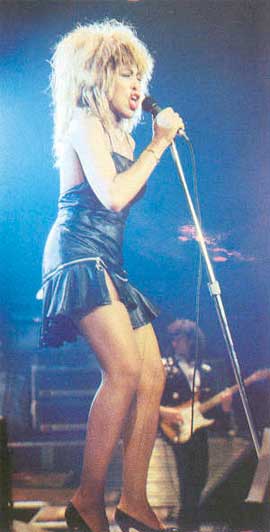 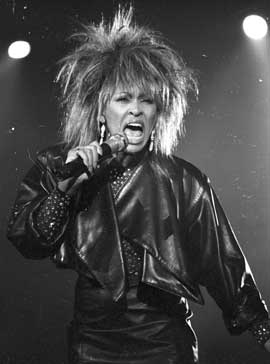 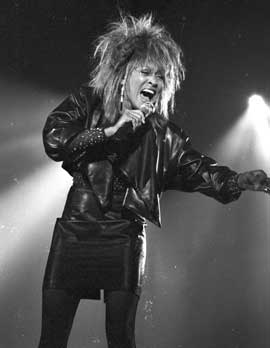 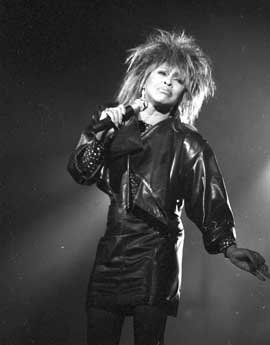 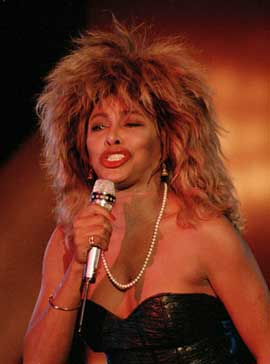