This website wouldn't be complete without information about the beginning of Tina's career.
Despite the horrible years that Tina had with Ike, the two of them made great music.
Here is a short biography of the duo:
By 1958, Ike Turner and his band, the Kings of Rhythm was one of the most popular live performing attractions to the St. Louis and neighboring East St. Louis club scene.
Around this time, a young nurse's assistant named Anna Mae Bullock began frequenting the nightclubs in both St. Louis and East St. Louis with her sister Alline and several friends.
One night, Bullock saw Ike and the Kings of Rhythm performing at the East St. Louis club, Club Manhattan.
She later stated that the band's performance put her "in a trance".
While there, Anna began dating a member of Ike's band, saxophonist Raymond Hill.
During a band intermission in Club Manhattan, Anna was given a microphone from the band's drummer Gene Washington.
Bullock eventually sang along with Ike's band for several songs that night.
Going by the stage name "Little Ann", Bullock made her recording debut as a background vocalist to Ike's song "Box Top", which became a regional single on Tune Town Records.
During this period, Ike trained Ann on voice control and performance. 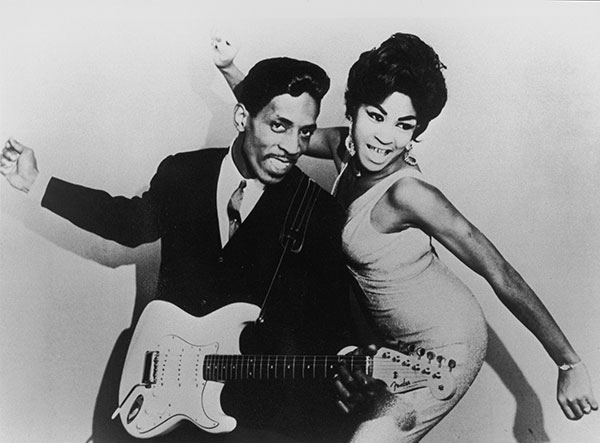 In March 1960, singer Art Lassiter was chosen to front the Kings of Rhythm.
Ike had written a song for Lassiter he called "A Fool in Love".
Lassiter failed to show up to record. Having already booked expensive studio time, Ike allowed "Little Ann" to sing the song as a "dummy track" for Lassiter.
The song impressed one radio disk jockey so much that he told Ike to send the record to Sue Records president Juggy Murray.
Upon hearing the track, an impressed Murray bought the musical rights to the song and gave Ike a $20,000 advance for it, convincing Ike to keep Ann's voice on the track.
Ike renamed the song's backing female trio "The Ikettes" and also gave "Little Ann" the name "Tina Turner" after being inspired by his favorite television character, Nyoka.
He also gave her the name to prevent her from running off with it. In case Ann left, he could give another woman the name of Tina Turner.
Including the Kings of Rhythm and the Ikettes singing (and later dancing) trio, the entire troupe performed under the name, "The Ike and Tina Turner Revue".
"A Fool in Love" became their first hit after its release in the late spring of 1960.
Throughout 1965, the Revue promoted their music on rock and roll-themed musical variety series such as American Bandstand, Hollywood A Go-Go and Shindig! as well as the concert film The Big T.N.T. Show. 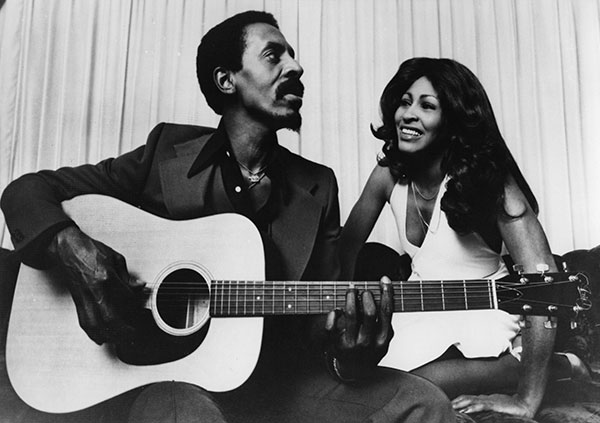 Tina recorded the Ellie Greenwich/Jeff Barry composition "River Deep – Mountain High" in late 1965.
Released in 1966, the song failed to become a hit in the United States.
However, in Europe, the song became a hit, reaching the top three in the United Kingdom.
Later that year, The Rolling Stones offered Ike and Tina a chance to be one of their opening acts on their fall tour in the United Kingdom, which they accepted.[20] The duo took the opportunity afterwards to book themselves tours all over Europe and Australia where they attracted audiences.[18] The audiences' appreciation of the band's sound stunned Ike Turner, who noted that "there wasn't anything like my show."
Following this, the band returned to the United States in demand despite not having a big hit. 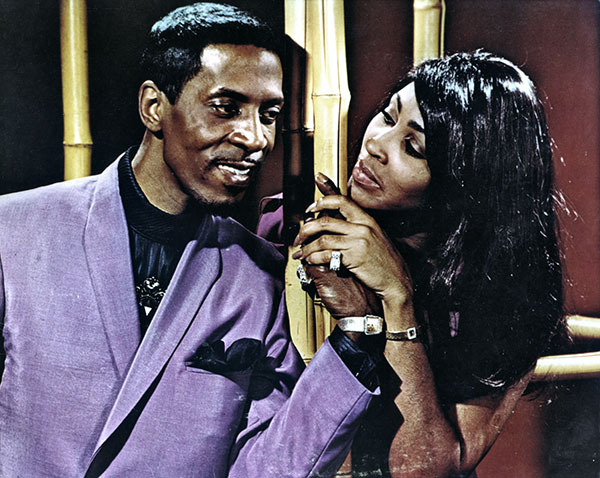 By 1968, they were performing and headlining in Las Vegas.
A second opening spot on The Rolling Stones' American tour in November 1969 made Ike and Tina a hot item.
Their successful records and increasing popularity with mainstream audiences increased their nightly fee, going from $1,000 a night to $5,000 a night.
Late in 1970, the band recorded their cover of Creedence Clearwater Revival's "Proud Mary".
The song was released the following January and became the duo's best-selling single to date.

Between 1972 and 1975, Ike and Tina also released either solo or side projects, with Ike producing three albums of material with his band The Family Vibes (formerly the Kings of Rhythm).
Tina relied on outside production on her first two albums, Tina Turns the Country On and Acid Queen.
The former album, consisting of country songs, resulted in Tina receiving her second Grammy solo nomination, while the latter album was released to build on the hype of Tina's well received performance in the musical film version of The Who's Tommy. 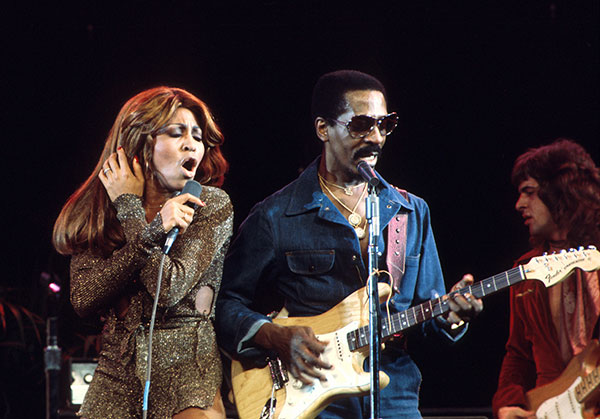 On July 27, 1976, Tina Turner filed for divorce on the grounds of irreconcilable differences.
Ike and Tina fought for a year in divorce court arguing over money and property.
By late 1977, Tina decided to stop her pursuit of any financial earnings including an apartment complex in Anaheim and another apartment, stating to her lawyer that her freedom "was more important".
Tina also agreed to retain only the use of her stage name.