After the 24/7 tour it was quiet around Tina Turner. Not much was happening.
Tina enjoyed her time off, was at the opening of the Prada Shop in St. Moritz, Switzerland in December 2002, she attended the Arthur Cohn Gala in Basel, Switzerland, in July 2003, she attended and performed at the "Brother Bear" première in New York and attended another Arthur Cohn Gala in Basel, Switzerland in July 2004.
And then suddenly in September 2004 they released the single "Open Arms".
Followed by a couple of performances on TV shows in Europe.
Together with some friends I went to some of those performances. It was an exciting time.
We thought this could be the last time we could see her perform, so we went to as much performances as we could and we had a lot of fun.
I went to 4 performances and here I will tell you all about it.

On saturday, 23 October 2004, Renate, my friend, and I went to Oslo to see Tina Turner at the Nordic Music Awards and to meet with some other fans.
In the Netherlands the Dutch railways decided to restore the railway, so our trip to Rotterdam Airport took us 3,5 hours! 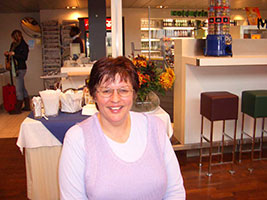 In Oslo we took the Flytog, a very fast train, to the Central station and from there it was just a 5 minute walk to the Rainbow Oslo Spectrum Hotel. Very nice hotel. Good atmosphere.
In the meantime I did send some sms to Jonas and Kristian, 2 fans that we were going to meet there. These 2 did a lot for my website and I was very happy to be able to meet them!
We went to dinner in the 2Kokker, a little restaurant near our hotel. Kristian and his mother Ann joined us. It was a happy meeting and we had lots to talk about, mostly Tina stuff of course!!

Jonas was with his girlfriend somewhere else and could not find us, so we arranged to meet them after the show.
We went back to the hotel and there Davide and Massimo came to see us. Some die hard fans that flew in all the way from Italy! 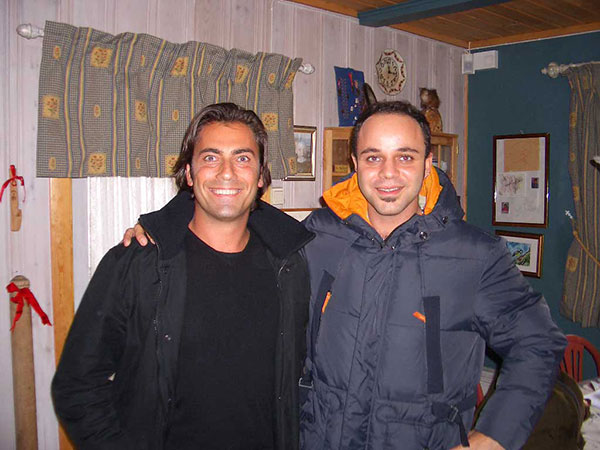 Then we went to the Nordic Music Hall. We were all very excited!
We arranged to meet afterwards and we went in and went to our seats.
There was already a huge crowd inside and we had to adept to the height, because we were seating all the way up in the hall.
See Davide’s shirt! He had on the front the symbols TT and on the back the words:"Open Arms". Great!
We all wanted such a shirt!!! 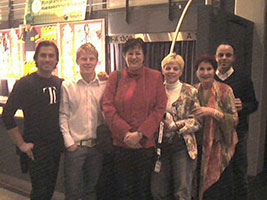 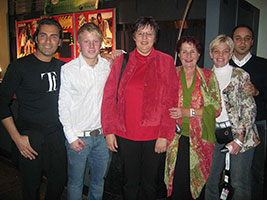 The hall looked great with all these people!
At 8 o’clock the show started. The first appearance was of Kylie Minogue.
I really like her, but I had to hear her new song again, because I didn’t know if I liked it or not. Anyway her appearance was great!
Then several other artists came and went, but we were waiting for Tina of course.
After a break of about 35 minutes, the show started again.
They builded some kind of veil on the stage from the ceiling to the stage, all drapes. Then they announced Tina Turner! The hall went insane!
It was fantastic! A very good performance. Much better than at the Telelvizierring in the Netherlands.
She looked great and it was fantastic to see her live again. It was only one song though and away she was. 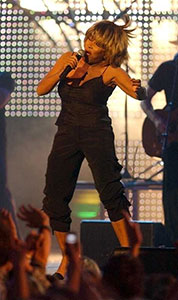 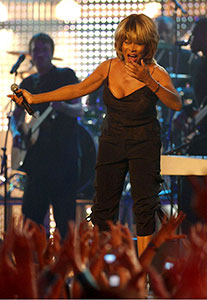 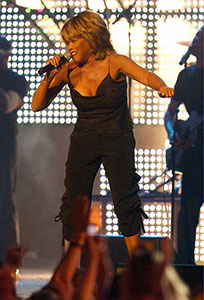 Here is the performance:

Afterwards we went for drinks and had a great time.
It was very nice to be able to meet some fans and talk with them. 😀
Next is Part 2 of my "Open Arms" trip. We then go to Leipzig, Germany for the "Wetten Dass" show at the 13th of November 2004. 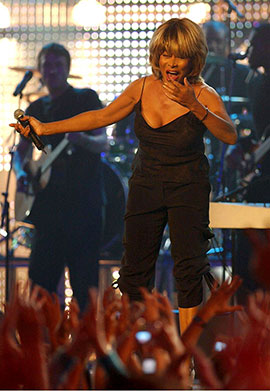 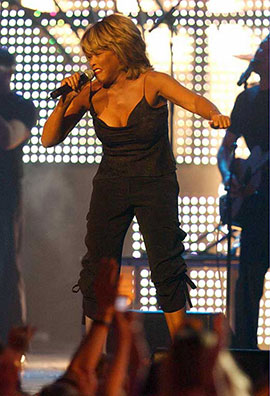