"Open Arms" is a single from Tina Turner's compilation album "All The Best".
The song was written by Martin Brammer, Colette van Sertima and Ben Barson.

"Open Arms" is a song about someone who let a person know that he or she is there for him/ her. Basically to rely and trust that person, because this person has a lot of experience with problems and will be there for him/ her with Open Arms, when the going gets tough. This makes "Open Arms" a classic Tina song with a message.

Tina didn’t shoot an official video for the song. However she performed it on both sides of the oceans live in tv shows and award shows, like the Nordic Music Awards, Televiziering and many many other shows in Europe and the USA. This became the final promotion tv tour for Tina. The single had (small) success in the charts and became a top 10 hit in Belgium and Hungary. Tina surprisingly didn’t add the song to her setlist on the Tina! 50th Anniversary Tour in 2008-2009.

Ask me no questions
I'll tell you no lies
Come to me when you're down
I'll give you friendly advice
I'll be your avenue, your trusting ear
Release your deepest secrets
I'll be sincere

I know what you're saying
I been there myself
Promises withstand
They left me for someone else
Then the tables turn
A lesson I had to learn
I can't put my fingers cuz
Girls, my fingers have been burned

In 2004 I went to several TV performances in which Tina Turner performed "Open Arms". We went to the Nordic Music Awards in Oslo, to the Hans Christian Anders Show in Copenhagen, to Zürich for the Bénissimo Show and to Leipzig for Wetten Dass. it was great doing this and meeting with all the other fans. Even though Tina did only perform "Open Arms" we had a great time. In Copenhagen she performed a couple of songs.
This is the performance on the Bénissimo Show in Zürich, Switzerland. 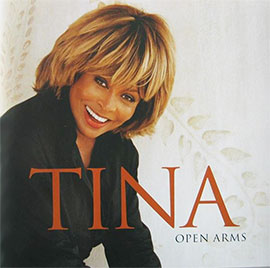 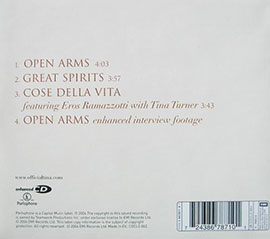 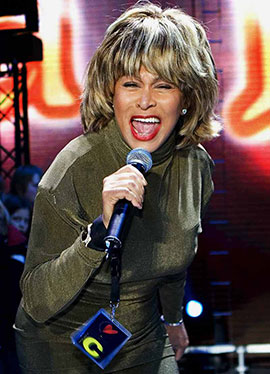 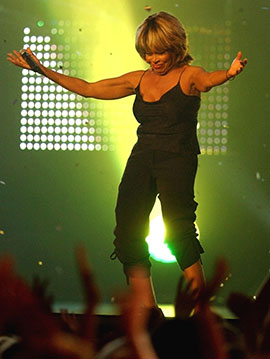 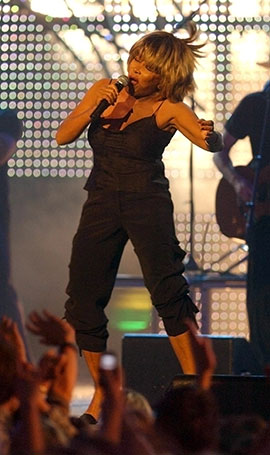 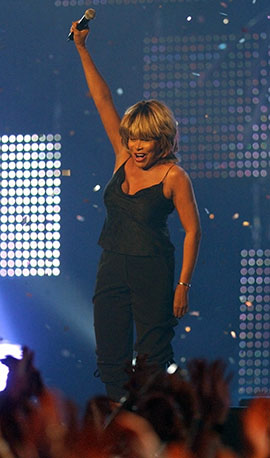