Tommy is a 1975 British musical film, based on The Who's 1969 rock opera album musical Tommy.
It was directed by Ken Russell and featured a star-studded cast, including the band members themselves (most notably, lead singer Roger Daltrey plays the title role).
Ann-Margret received a Golden Globe Award for her performance, and was also nominated for the Academy Award for Best Actress. Pete Townshend was also nominated for an Oscar for his work in scoring and adapting the music for the film. The film was shown at the 1975 Cannes Film Festival, but was not entered into the main competition.

Synopsis
British Army Captain Walker goes missing during an expedition and is believed dead ("Overture"). His widow, Mrs. Walker, gives birth to their son, Tommy ("It's a Boy"). Years later, Captain Walker returns home and discovers that his wife has found a new lover. The Captain murders this man in an altercation as Tommy watched what went on. Tommy's mother brainwashes him into believing he didn't see or hear anything, shutting down his senses and making him deaf, dumb and blind to the outside world ("1921"). Tommy now relies on his sense of touch and imagination, developing a fascinating inner psyche ("Amazing Journey/Sparks").

A quack claims his wife can cure Tommy ("The Hawker"), while Tommy's parents are increasingly frustrated that he will never find religion in the midst of his isolation ("Christmas"). Tommy's parents begin to neglect him; he is tortured by his sadistic "Cousin Kevin", and molested by his uncle Ernie ("Fiddle About"), and given LSD by the Hawker's wife, "The Acid Queen". Tommy's hallucinogenic experience is expressed musically ("Underture").

As Tommy grows older, he discovers he can feel vibrations sufficiently well to become an expert pinball player ("Pinball Wizard"). His parents take him to a respected doctor ("There's a Doctor"), who determines that the boy's disabilities are psychosomatic rather than physical. Tommy is told by the Doctor to "Go to the Mirror!", and his parents notice he can stare at his reflection. After spending extensive time staring at a mirror in the house, his mother smashes it out of frustration ("Smash The Mirror"). This removes Tommy's mental block, and he recovers his senses, realising he can become a powerful leader ("Sensation"). He starts a religious movement ("I'm Free"), which expands into a holiday camp ("Welcome" / "Tommy's Holiday Camp"). The followers, however, ultimately reject Tommy's teachings and leave the camp ("We're Not Gonna Take It"). Tommy retreats inward again ("See Me, Feel Me") with his "continuing statement of wonder at that which encompasses him".

Tina plays the role of the “Acid Queen". 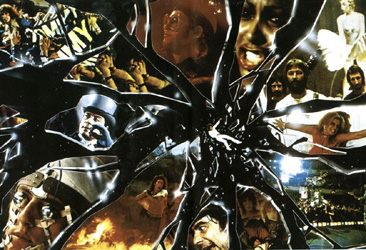 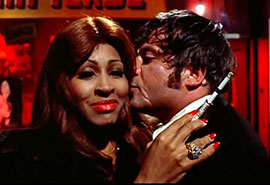 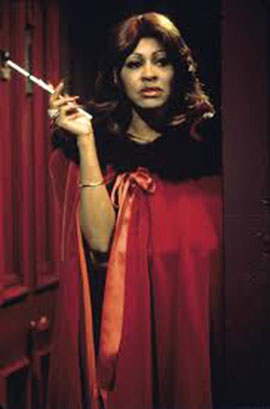 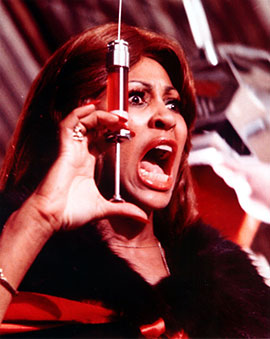