After Phil Spector’s & Tina’s legendary recording and release of "River Deep, Mountain High", Tina’s recognition of her music career was building up in Europe. The single became an instant hit over Europe, but failed in the charts in the US.
Phil Spector was devastated about this. He couldn’t handle that what he considered his masterpiece of music didn’t get the recognition it really did deserve and he retreated himself from the music business for 2 years. Tina’s spirit got a boost of her new discovered talents as in singing and she was on the top of the world’s biggest mountain, but would fall down very fast in the deepest river because of her husband’s behaviour.
How ironic is that!! Very!


Before and during the release of "River Deep" Ike’s mind changed about how to get a grip on Tina. He was proud of her singing talent and the cashbox which she filled for him again without being seriously involved in this project. That was fine of course. Well Tina’s former husband wasn’t quiet satisfied with that idea. Ike was a very musical gifted man, but his personality was controlling, easy getting jealous and very narcistic. From this point on his behaviour became more nasty because of Tina’s growing fame. Tina opened many new doors for The Ike & Tina Turner Revue, despite the charts flop in America.

The Rolling Stones invited them to be the opening act for their UK Tour, The Revue was easily welcomed in many clubs as headline act. This was also the start of the sexy image which Tina got through her stage performances. Other European countries were welcoming The Revue with open arms in the upcoming years. Countries like Belgium, The Netherlands, Germany, Scandinavia and even France. Ike seemed to forget about this wonderful thing coming and obviously only saw what he wanted to see.
Ike started to sleep around with other women around him. Tina became very annoyed of Ike’s infidelity and made some changes in her mind. What she didn’t know is that she soon would find another way to survive.


Tina met a lot of people during their UK tour. Celebrities like Mick Jagger, Bill Wymann and Keith Richards.
But also people from TV-shows which guided Tina to the spiritual world for the first time since Tina was a kid. Tina went to a psychic which used cards to look into Tina’s future where she desperately hoped that her future would get better. The psychic told her that Tina would be among the biggest stars in the future and Ike would fall away like a leaf from a tree.

During their visit in Europe, Tina also had good times. She immediately felt she was home when she visited Europe. Tina became more independent through this new experience and even got away by herself from Ike.
She could go shopping in Europe and got a little more control over herself.
Although she was slowly escaping Ike’s horrible world, Ike was still in control of their studio recordings, live concerts and everything around their act. I’ve written before that Ike was very jealous and was behaving hostel against the Phil Spector production. Ike was known to cover a lot of songs or re-recording songs.
That re-recording also happened for the song "River Deep, Mountain High".

His reasons for re-recording a beautiful song which won’t get any better than the original version weren’t clear. Ike started to do drugs and probably thought he would be back in the charts again by re-recording old hits. However that never worked out well. Most people in the music business assumed that Ike re-recorded "River Deep" because of his jealousy against the original production which he desperately tried to top.
A second version of "River Deep" was recorded somewhere around 1970-1971.
This version became also the version which they performed in Ghana for the Soul To Soul Festival in March 1971. This version is similar to it’s original and almost has the same build up structure. Although it seems very new to hear, it didn’t sound like it was completely new.
Here we have the studio version of the re- recording from 1970-1971 and the live performance of Soul To Soul in Ghana, Africa.


Ike probably still wasn’t satisfied and re-recorded "River Deep" again in 1974. This time a more funky up-tempo version of the song. My opinion is that Tina’s vocals were always stunning, but this version wouldn’t do any credit to it’s original. It sounded new but hasn’t got the emotion and passion which the song needs.
Here’s the 1974 version of the song.


Tina’s life and career was going River’s Deep before it became Mountain’s high.
The psychic was right. Tina finally left in 1976, after years of mental and physical abuse. She was finally free and decided to make it on her own. After a bitter divorce which was finally final in 1978, Tina travelled on to the road of stardom. She stayed alive with old and new songs including "River Deep, Mountain High".
You will read more about it in our 4th part of our "River Deep, Mountain High" 50th celebration on this Site.
Stay Tuned and read about how the song went better and better every time Tina performed it during the years and more. 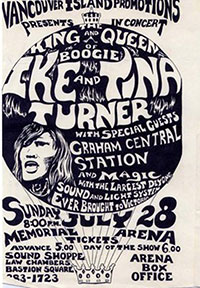 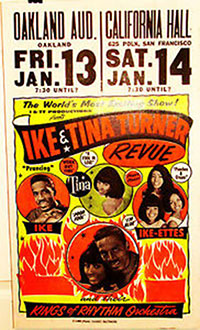 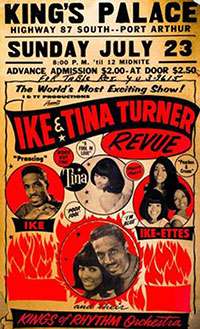 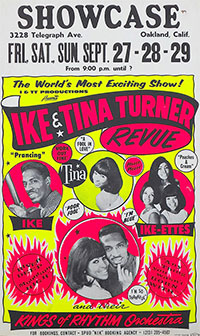 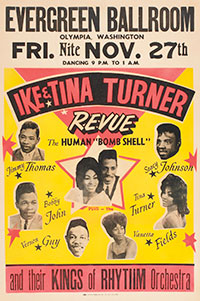 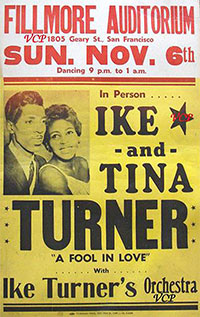 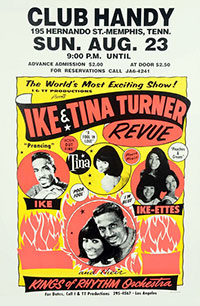 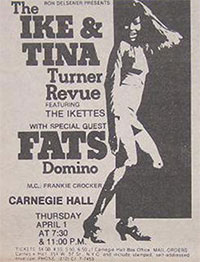 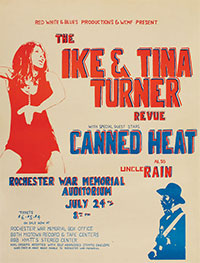 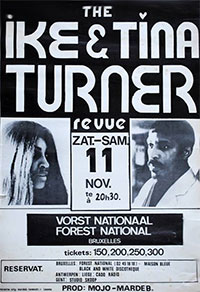