What is Beyond? Beyond is a spiritual group founded by the Swiss Regula Curti. Further members of the Beyond Team are: Tina Turner, Dechen Shak-Dagsay and Sawani Sathaye-Shende.

Here is a message from Tina Turner in November 2010 about Beyond:

"I'm very happy to be a part of the BEYOND Project that was initiated by REGULA CURTI and DECHEN SHAK-DAGSAY, both amazing singers, individuals and philanthropists from two different cultures - Christian and Tibetan.
This project has taken on a life of its own and has ...expanded and attracted other artists of various faiths who will be involved with us in subsequent albums as this continues to grow.
As a collaborator I'd like to make very clear that the Project is not about me or Tina Turner the rock star.
It's about being part of and supporting a movement for the awareness and acceptance of different religions and spiritual paths to awaken the truth of ultimate oneness within us all.
I am therefore contributing to this project with my chanting practice and my story of personal growth and development as a human being in continuous search for the ultimate peace within.
This is a movement that goes beyond the three of us and has already been embraced by many people, including the Dalai Lama, the Abbott Martin Werlen Osb, and Deepak Chopra.
I invite the press to understand that they too can be a part of this project with their contribution and their involvement.
The BEYOND Project is an invitation to open up a space where it is possible to include each individual to contribute to this vision.
We are all the same, looking to find our way back to the source." ~ TINA TURNER ~

The first Beyond CD was released at the 9th of June 2009.
On the 27th of November 2010 a regular and a golden version of the first Beyond CD was released.
On all versions Tina is chanting 3 prayers.
"Beyond’’ is an album of Buddhist and Christian prayers set to spiritual music with Tina Turner joined by singers Dechen Shak-Dagsay (a Tibetan Buddhist) and Regula Curti (a Christian).
It’s a fascinating exploration of interreligious understanding, but it’s also a highly esoteric project. The music is immaculate, and Tina Turner chants prayers and delivers spoken-word interludes." 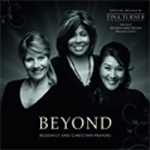 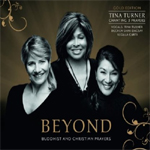 And here is a Radio Interview the Beyond team did for Sirius Radio - Oct. 2010

Tina about Beyond and Spirituality - Billboard - Dec. 2010
Tina Turner Moves "Beyond" Rock Stardom with Spiritual Music "After taking part in her first spiritual album -- "Beyond," a collection of Buddhist and Christian prayer and chanting that came out in September -- Tina Turner predicts she'll be exploring that path more. "I wouldn't say no [to it]," she tells Billboard.com, but adds, "I believe that it is my future, and I am waiting for that.
I enjoy these projects, but it just brings me into a position, into the limelight, and I don't want that for the moment. I will choose very carefully."

Turner, 71, was approached to be part of "Beyond" by Regula Curti, a music and art therapist and singing teacher based in Zurich, Switzerland. Curti was already working with Tibetan mantra singer Dechan Shak-Dagsay on the project, which was "conceptually already finished" by the - Turner, who also resides in Switzerland, got involved.
"I was always told that a spiritual project will come one day," says Turner, who was introduced to Buddhism and chanting in 1971 and converted in 1974. "So I answered to Regula, 'I waited so long for that moment and that was the moment.' So I happily accepted...The experience of singing prayers together allows us to deeply connect on a emotional level -- a place of love and respect where worldly differences fade."

Turner adds that she finds similarities between her spiritual and secular music, though it's been 11 years since her last album of new pop songs. "Rock singing is another inspiration for people," explains Turner, who staged her Tina! 50th Anniversary Tour in 2008-09. "Rock songs inspire you to release whatever the frustrations, and help you to go on in life. Spiritual songs do it on another level...A lot of people left my last show with the same sense of spirituality. My show gave people the drive to go and to do in their lives what they want to do and make their lives the best, do the best they can in this world... That is the mail I receive.

My rock shows did the same as what my spiritual music does now. It is about the right word and the right way to do it." And while she leaves the door open for another project along the lines of "Beyond," Turner indicates that her rock days, particularly on the road, are likely behind her. "Everybody wants to know when you get to be a certain age about (if you are) retiring," she notes, "and it's something that you can't put your finger on because you don't really know. But something I do know is that such a tour I won't do...The rock and the dancing and the style I lived before, I would say absolutely 'no' on that." 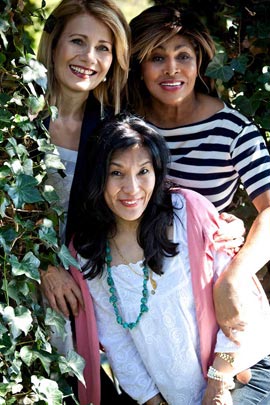 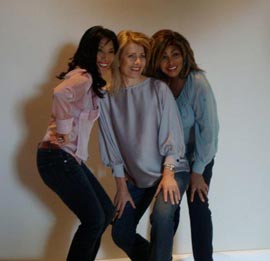 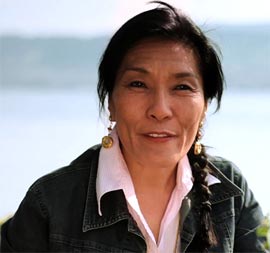 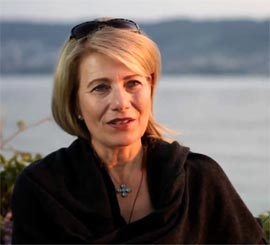 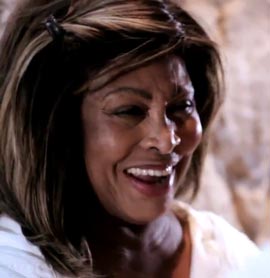